The Richard E. Cone Award recognizes an exemplary early-career individual who is an emerging leader in the field of community engagement, whose work has had a positive impact on campus and in the community, and who is guided by the best practices of community-campus partnerships. It is the hope of California Campus Compact that this award will inspire all higher education institutions to consider ways to deepen their efforts to institutionalize and sustain authentic community-campus partnerships. As it often has been said, a community’s character is reflected in the people it selects to honor.

From 1999-2016, the award was bestowed annually upon an individual who made significant contributions to the development of partnerships between communities and institutions of higher education – partnerships through which student learning and the quality of life in communities are simultaneously improved. In 2017, we moved to honor Dick Cone’s work to support and mentor emerging leaders in the field. 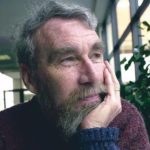 Dr. Richard E. Cone (simply and fondly called “Dick” by his colleagues) passed away on April 3, 2020.  He was a leader in the national dialogue on experiential education, civic engagement and service-learning since the 1970s. He provided a guiding spirit and voice in the development and evolution of California Campus Compact since its beginnings more than 30 years ago. In 1999, California Campus Compact presented Dick Cone with the first Richard E. Cone Award for Excellence & Leadership in Cultivating Community Partnerships in Higher Education.

Click here to read a personal reflection on Dick Cone’s contributions to CACC. 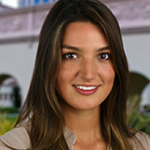 California Campus Compact selected Maria Silva, M.A., as the recipient of the first California Campus Compact 2020 Richard E. Cone Award for Emerging Leaders in Community Engagement. The Richard E. Cone Award recognizes an exemplary early-career individual who is an emerging leader in the field of community engagement, whose work has had a positive impact on campus and in the community, and who is guided by the best practices of community-campus partnerships.

“Dick’s vision and his dedication to education as a means of changing the world was a light and an encouragement to all of us to continue to try and emulate his example. His kindness and gentleness were what I remember most. He knew what was important and dedicated his life to using education as a tool to grow awareness and kindness. May he Rest In Peace for he left a legacy that can change the world.”

“The Richard E. Cone Award is important because it emphasizes the partnership. There are lots of awards out there for outstanding faculty member, outstanding community partner, outstanding student – but this award gives you a much broader perspective of the importance of partnership and the reciprocal benefit. It calls attention to the components and best practices of high-quality community-university partnerships.”